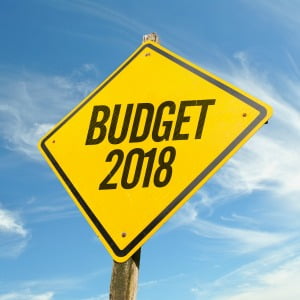 The Government announced a Protecting Your Super Package to commence on 1 July 2019 aimed at ‘reuniting’ Australians with their low balance, inactive superannuation accounts through the ATO. Inactive accounts below $6,000 will be transferred to the ATO to protect from further erosion from fees, and data matching will be used to connect with the member’s active accounts. This technique is expected to push $6 billion in super back into 3 million active superannuation accounts.

The Government will also cap total fees on super accounts of less than $6,000 at 3%, and ban exit fees on all super accounts (exit fees cost members $37 million in 2015-2016). They will also make life insurance in superannuation an opt-in for people under the age of 25, plus those with low balance accounts or inactive accounts. An estimated $3 billion in insurance premiums may be saved by 5 million individuals.

Given the difficulty many superannuation funds have in identifying the exact fees on individual accounts, this measure might be difficult to implement. For example, funds might invest in a fund-of-funds with another level of fees. The wealth industry will need the time until the effective date of 1 July 2019 to sort it out.

Under ‘More Choices for a Longer Life’, the Government will introduce a one year exemption from the work test for voluntary contributions to super for people aged 65-74 and super balances below $300,000. This is intended to give retirees flexibility in the transition after work. The Budget Papers give an example of a person retiring on 1 June 2020 with only $150,000 in super who does not meet the work test. Under the new rules, he could put $45,000 at concessional rates (using the carry forward arrangements) and $100,000 in non-concessionals, almost doubling his super balance after leaving work.

The Budget confirms the maximum number of members allowed in an SMSF will rise from four to six to give more flexibility for larger families.

Additionally, some high income earners (above $263,157) with multiple employers will be able to nominate that their wages are not subject to Superannuation Guarantee from 1 July 2018. This will reduce the number of people who breach the $25,000 cap on concessional contributions, and allow some people to negotiate a higher income instead.

This could be the first time in history that changes made to superannuation laws have been a benefit to those saving for retirement.