With the July 2 federal election fast approaching there has been a great deal of talk surrounding negative gearing. The proposed changes have caused many property investors to reconsider their voting decision and their future investment strategies.

The Liberal Party of Australia intend to leave negative gearing in its current format and will also leave the capital gains discount at 50%. Whilst the Australian Labour Party plans to change the current policy so that only new homes purchased after 1 July 2017 can be negatively geared. Labour will also lower the discount on the capital gains tax from 50% to 25%.

ParkTrent Properties Group CEO Ron Cross believes Labour’s policy changes will distort the market place and see a considerable increase in rental prices, particularly for established homes. He also believes it will result in less people investing in property which will directly increase rental prices by no less than 10% per annum.

“The result of changes to negative gearing in 1985 by then treasurer Paul Keating saw a dramatic increase in Government housing listings and landlords increased rents in Sydney and Perth substantially,” Mr Cross said.

“Labour quickly reconsidered its position and reverted back to the current format for good reason.”

Did you complete the recent ParkTrent survey? If not, tell us in the comments what your thoughts are on the proposed changes to negative gearing. 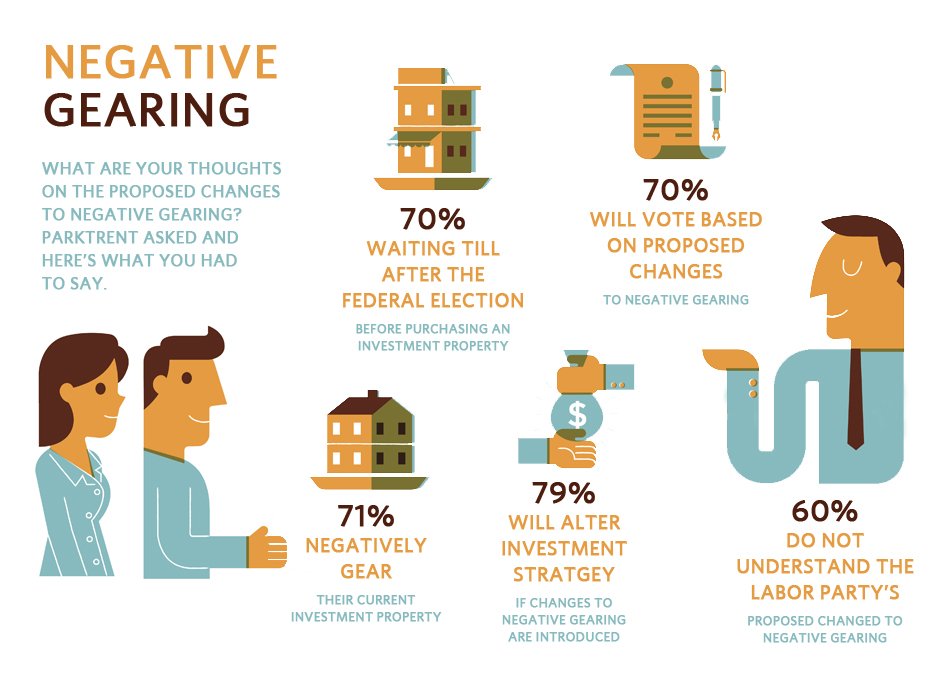