What are the best performing Property Markets? - ParkTrent

Home > Blog > What are the best performing Property Markets?

What are the best performing Property Markets?

Over the past 10 years Sydney and Melbourne regions have experienced the strongest growth while other capital cities have generally seen comparatively moderate value increases.

Property prices in Wyndham, outer suburbs Melbourne have soared 130% in the past decade. This makes a lot of sense with the rising prices of inner city options are becoming unaffordable, forcing people to look into options in the outer suburbs.

There has also been a large increase in infrastructure in the area in the form of train stations and new developments, which as we know holds a lot of appeal to buyers. 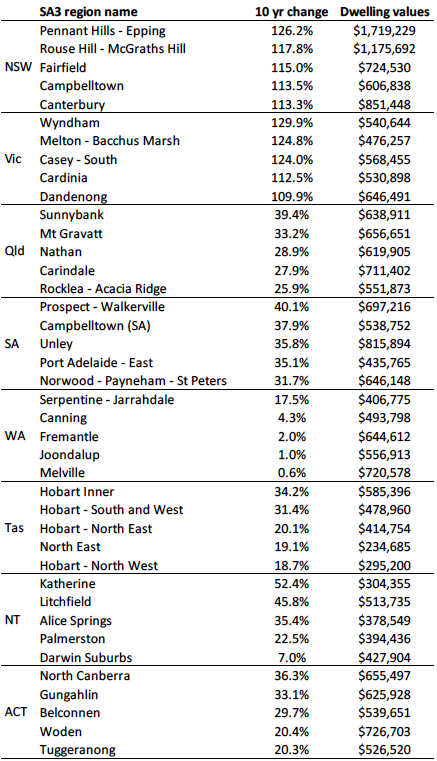 The study by CoreLogic clearly demonstrates that Sydney and Melbourne property markets have left most other cities in the dust for the paste decade.

The top 10 areas for growth were all in Sydney and Melbourne with Katherine (Northern Territory) was the only region outside of New South Wales and Victoria to record a growth higher than 50% over the same period.

This website only contains general information. It does not contain financial advice, and does not take into account your objectives, circumstances, or needs. You should obtain your own financial, taxation and legal advice before making any decision. Terms, conditions, and fees may apply, along with credit assessment criteria for loan products. Members and representatives of the ParkTrent group may receive commissions in relation to the services they provide to you, or on
your behalf.