Brisbane on the rise with Connect Apartments at the forefront 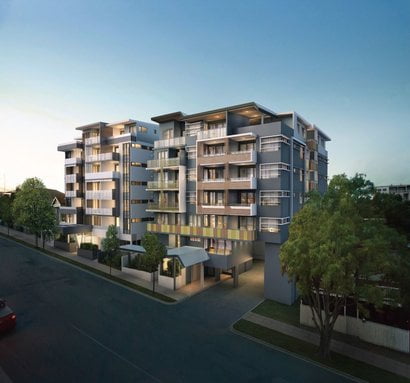 Brisbane’s Central Business District is set to grow with the City’s strong economic expansion and steady population growth translating into thousands of new jobs over the next decade. Around 670,000 new jobs are projected for South East Queensland by 2031, with around 290,000 of these jobs concentrated in Brisbane City. The City’s Central Business District is forecast to expand from 156,600 to 220,200 workers between 2011 and 2031, with similar growth rates expected in surrounding suburbs including Fortitude Valley, South Brisbane, Spring Hill and Woolloongabba. Many of these new jobs will be in knowledge-intensive business services, and health, community and education services. Connect Apartments is just around the corner from the suburb’s main shopping hub Lutwyche City and minutes from the Lutwyche Busway Station. Lutwyche City offers residents access to specialty retailers and service providers. It’s just 150m walk to the bus exchange, 7min walk to the nearest train station and low body corporate fees due to excluding a gym as the nearest is just around the corner!

Australia Trade Coast is positioned six kilometres from the CBD and is the largest employment zone in Queensland after the Brisbane CBD, and is just a 10-minute drive north of Lutwyche. Benefitting from direct links to Brisbane Airport and the Port of Brisbane, the trade region is poised for significant expansion, with $5 billion committed to future infrastructure projects. The region is forecast to employ more than 110,000 people by 2026, and represent an estimated $9.4 billion in value to the Queensland economy.

Connect Apartments is positioned in the heart of Brisbane’s inner-north, just steps from lively cafes, restaurants and some of the City’s most popular lifestyle destinations and a short drive to both the CBD and Australia Trade Coast, offering unprecedented connectivity and doorstep access to everyday amenities.

Just 7 minutes from Brisbane’s Central Business District, residents at Connect Apartments are perfectly placed to benefit from Brisbane’s multibillion-dollar investments in transport infrastructure. With the Airport Link tunnel and Inner City Bypass a short drive away, residents can enjoy seamless citywide travel.
At Lutwyche you can take full advantage of Brisbane’s $15 billion TransApex road system. The network of tunnels and motorways has transformed citywide travel, providing motorists express connections to the Brisbane CBD, Brisbane Domestic and International Airport, and the Sunshine Coast and Gold Coast.

This 95 apartment development is expected to finish late 2016/early 2017. ParkTrent Properties Group is now selling Connect Apartments from $360,000. Call 1800 652 224 or email contact@parktrent.com.au to find out more while stocks last.